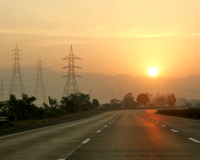 Mysore is located in the tropics and experiences a moderate climate. Also owing to its altitude, the weather in Mysore is pleasant throughout the year. The summer season begins from March, followed by the monsoon season in July and the winter season starts from December. The highest and the lowest temperature recorded in Mysore so far is 38.5oC and 9.6oC respectively.

Summer
The summers in Mysore begin from March till June, and are bearable. The months of April and May are moderately hot with temperatures generally averaging around 21-34oC.

Monsoon
The monsoon season in Mysore starts in July and ends in November. The weather during this time is moderately humid. The average annual rainfall received by the city is 798.2 mm (31 inches).

Winter
The winter season begins in December and ends in February. Winters in Mysore can be a bit chilly with intermittent spells of rain. The best season to visit Mysore is from October to March. One can also enjoy the grand Dussehra festival in Mysore during this time period.